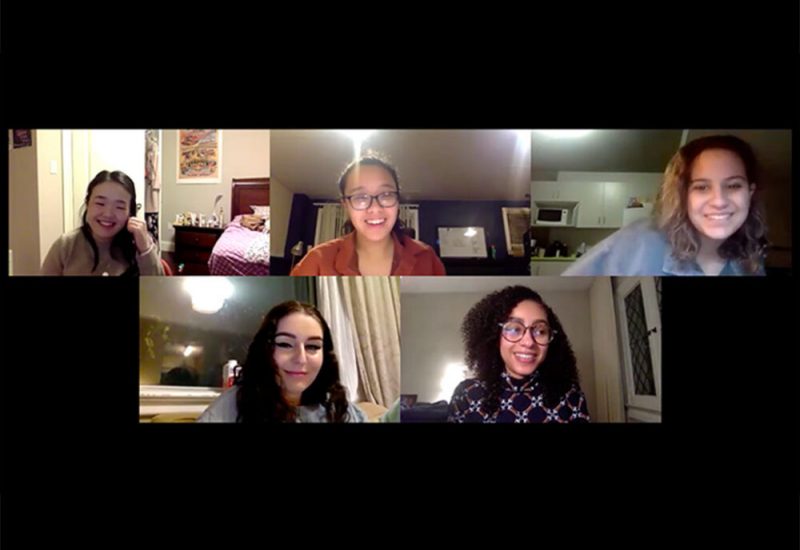 Toronto based Black activist Desmond Cole made a virtual appearance at the ‘In Conversation’ speaker series hosted by Carleton students on Tuesday. The event was hosted by the Arthur Kroeger College Educational Students’ Society and the School of Policy and Public Affairs.

This event comes after a summer that highlighted injustices that Black, Indigenous and people of colour (BIPOC) have faced for a long time. The summer and the start of the 2020/21 school year saw the creation of student led groups calling for more diversity and inclusion in educational spaces. Tuesday’s talk represented a step forward to some of these groups.

The BSPA said the event with Cole “is a much-needed conversation within PAPM and [they] hope this will be a stepping stone towards more inclusive and diverse events.”

The majority of the night was about how universities can be particularly challenging to Black and other racialized students due to systemic racism. Cole decided to focus on how certain debates should not be entertained and the hosting of said debates only dehumanizes the marginalized peoples in the classroom. He pointed to the recent debate around whether a University of Ottawa professor’s use of the n-word was justified.

“You don’t have to debate this and it’s harmful to us when you do. It’s just reinforcing all of the attitudes that say our lives and our value as Black people is up for debate,” Cole said.

The event was an opportunity for attendees to reflect on the systemic racism on their own campus.

“What sparked my interest was the fact someone was able to articulate and document what I already knew existed and didn’t stop at a certain point. He went all the way with his critique,” said Rebecca Sattaur, one of the organizers.

“The campus where you go to school dictates a big part of your life,” another organizer, Sena Aydoner said. “It’s really important to make sure students feel that they are being heard.”

This event came after a summer filled with action to push towards racial equity and justice.

Sattaur said the School of Policy and Public Affairs provided funds for this event and listened to the BSPA’S calls for more diverse workshops. This is a big step forward, according to Sattaur.

“I hope that students who face these struggles and experience these things can see these events and know we are trying to recognize this the best we can,” organizer Megan Pannozzo said. “This is a very important conversation to have, especially in a space where we can amplify Black voices and Indigenous voices as much as we can.”

Though the event organizer and the BSPA agree the hosting of this event was a step forward for racial equity at Carleton University, Cole does not think the work can stop here.

“We’re living in a time of real performativity where folks like me can be invited to do talks like this,” Cole said. He said universities will point to this to show that they are listening to BIPOC students, but he wants to see changes on campus.

Sattaur also hopes to see change at her school.

“I definitely hope they continue to hire more black professors, not only that but professors who have progressive stances,” Sattaur said. “Some ideas can still be harmful.”

“I would also like more general people of colour,” organizer Maisie Wong said. “Other people might not understand the struggle or the privilege they have sometimes.”