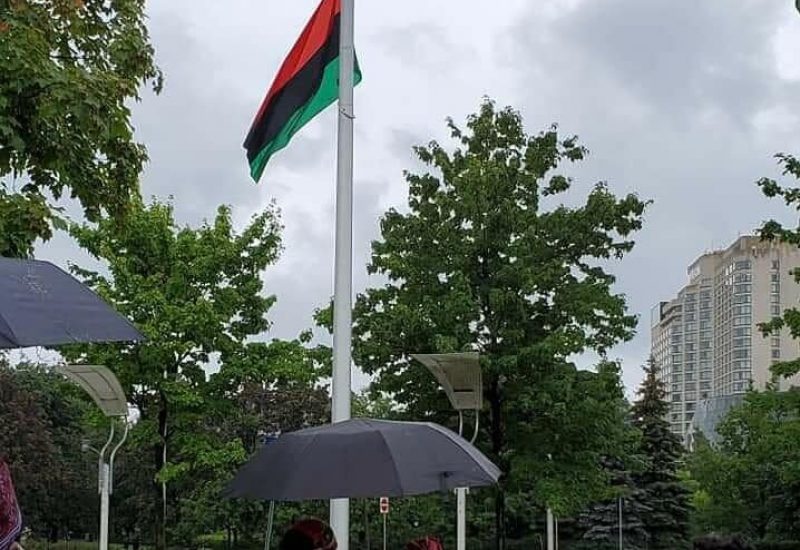 The Pan-African flag was raised Sunday at city hall for the first time in Ottawa history. Photo courtesy of SVG Ottawa Association.

The Pan-African flag was raised at an event at city hall this Sunday for the first time in the city’s history, marking Canada’s first federally recognized Emancipation Day.

The date, Aug. 1, marks the day that slavery was officially abolished in the British Empire, leading to the freeing of thousands of enslaved Africans in the Caribbean, Africa, South America and Canada — although slaves still remained in the country after the fact.

The event at city hall was organized by the West Indian Youth Association, a non-profit organization that celebrates Caribbean culture among local youth, and was attended by various other local organizations.

The day was one of solemn reflection on the past. Sarah Onyango, a host and producer at CHUO, who has also worked with Black History Ottawa for over twenty years, described it as moving, but also cautions that the work towards full emancipation is not over.

“It was interesting because it rained,” said. “It was cold and it was rainy. But for the people that were there, it was like, our enslaved ancestors were probably in the cold a lot. So this weather inconvenience is nothing.”

Onyango is quick to remind others that anti-black racism, xenophobia and intolerance still plague Black communities in Canada.

Kevin Williams, who is the vice-president of the West Indian Youth Association, describes the day being recognized as a “small step.”

“It’s a significant step but the work needs to continue,” he said.

The fact that the history of slavery in Canada is not focused on in schools or known about in the mainstream, hurts black communities in a profound way says Onyango.

“Because this history isn’t taught to the mainstream in a fulsome way, then we don’t understand what black people say when they say systemic racism,” she explained. “Black people were capital. That thinking it has endured, it’s still there.”

Ushering in a brighter future for all Canadians, is going to mean understanding what these communities went through, Williams said.

“This is Canadian history, not just Black history. And we all need to educate ourselves and embrace it and look for ways to move forward having understood what these communities went through.”

To learn more about the history of slavery in Canada, listen to the news story below: