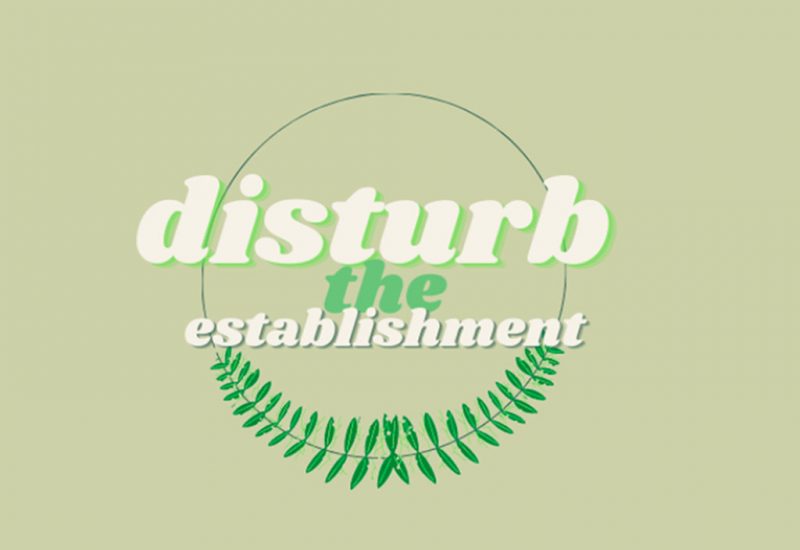 Disturb the Establishment (DTE), an educational social platform for human rights and social justice, recently spoke out about “pinkwashing” on their Instagram for pride month.

According to their post, pinkwashing is a way of oversimplifying LGBTQ2S+ issues in order to make it palatable. DTE said that this is often done by companies and big corporations during pride month as a way to market themselves.

Now, halfway through pride month, it is possible to reflect on how pride has been celebrated so far and look to how the second half of the month can be celebrated in an inclusive and productive way.

Maliha Sarwar, a contributor to DTE and author of the pinkwashing post, said that it is very important to think critically of the ways corporations show support. She asks, “do these companies do anything outside of pride month? Do they contribute to organizations that support LGBTQ2S+ causes?”

“It’s hard because we want corporations to be supporting us, but we see it happen in a weird way,” Sarwar said. “You’re not really getting a great explanation of what is happening in the LGBTQ+ community because it’s a manufactured way that is made to sell products.”

Sarwar acknowledges that companies do donate to LGBTQ2S+ organizations during pride month but she feels it is not enough considering the amount of money some big companies have. She pointed to Burger King as an example.

“I just saw Burger King say they were going to be selling special pride burgers and 40 cents will go to an organization. This is great, but how much money does Burger King actually make? They could donate so much more money,” Sarwar said.

Sarwar said that when she thinks about whether these corporations actually care about the community or if they just want money, she usually feels it’s the latter.

After outlining the ways corporate pink washing can harm the LGBTQ2S+ community, Sarwar laid out some suggestions for companies.

“Sometimes we see companies be like, ‘we’re going to highlight the stories, resilience, activism and the lives of people that work for us.’ Or they’ll say, ‘Here is how we’re going to change our workspace to make it more inclusive.’ I think  this is so much more valuable,” Sarwar said.

Sarwar said that celebrating pride in a productive way is not only the responsibility of corporations. She said individuals can also reflect on what pride means to them and how they want to engage as an individual.

“We have to get away from this idea that everyone celebrates pride in the same way because it means something completely different for everybody,” Sarwar said. “I think donating is also really important. But be critical to where you’re donating to.”

Sarwar also suggested that people can look into becoming involved in their community or with grassroots organizations. She also wanted to remind people that the struggles LGBTQ2S+ people face should not only be discussed during pride month.

“If the only time you’re supporting the LGBTQ+ community is during the month of June, then what’s the point?” Sarwar said.