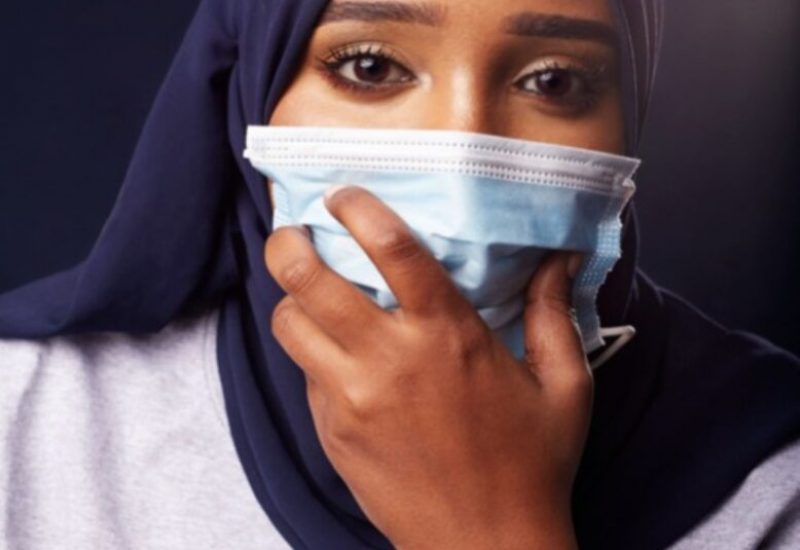 ‘It’ Different For Us’ photo project sheds light on the struggles of marginalized youths during the pandemic. Photo by Faisa Omer.

The South-East Ottawa Community Health Centre launched a photo project to amplify the voices of the marginalized youth in the south end of Ottawa and shed light on their struggles during the pandemic.

The project, called “It’s Different For Us,” was launched on Feb. 18, 2021, and showcases the photographs and quotes from stories told by these youths as they face different challenges.

Urge Ibrahim, health promoter for youth at the South-East Ottawa Community Health Centre, says they are “very pleased” at the centre with the public reception of the project.

“The reception has been really great. A lot of youth are sharing that they really resonate with the youth we’ve interviewed,” she says, noting that many share the same struggles.

Financial struggles and academic hardship were among many of the interviewees’ hardships.

“I’m a first-generation student. When it comes to academic support, I don’t have anyone to look to at home,” one youth is quoted saying.

Faisa Omer, the photographer of the project, says the systemic barriers and injustices these racialized communities face “is another pandemic… Because this community is going through both, I think that it’s just more important to share their stories.”

Happy to share the “It’s Different for Us” photo project with @SEOYouth . The project aims to capture and bring awareness to the impact that the pandemic has on marginalized youth. The youth featured are from the south-end of Ottawa; the hardest hit area in the Nation’s Capital. pic.twitter.com/p5fYjruin6

“Pre-coronavirus, people who are racialized, like myself, we have unique obstacles,” she says, citing the Black Lives Matter protests after the death of George Floyd over the summer.

Ibrahim says a goal of the project is to highlight this pre-existing division of racial inequality which has resulted in visible minorities experiencing the pandemic differently.

Not only do these communities face systemic barriers as a result of being racialized, but they are being impacted more severely by the pandemic.

Within the south-east end of Ottawa is the neighbourhood of Ledbury-Heron Gate-Ridgemont. This neighbourhood has the highest proportion of low-income households in the city as well as the most cases of COVID-19 per capita with a cumulative rate of 4,716 confirmed COVID-19 cases for every 100,000 people.

41.2 per cent of households are affected by poverty and 65 per cent of the area’s residents are non-white, according to the Ottawa Neighbourhood Study.

Across the city, disproportionately higher rates of COVID-19 are impacting ethnically diverse neighbourhoods.

“People’s lives are at stake here,” says Omer. “I don’t think we talk about it enough and this project was just a different way to amplify those voices and start that discussion.”

Omer says she never thought her artwork could cause so much discussion around a certain issue. 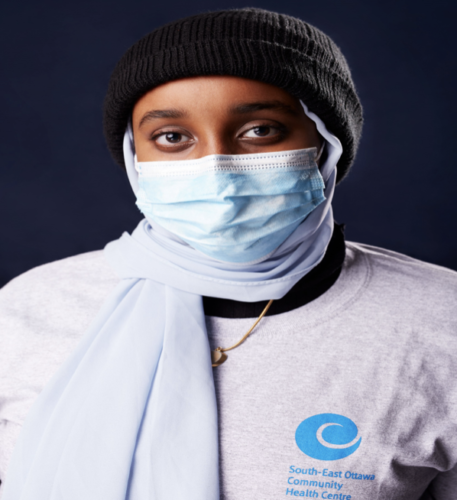 One of the south-east end of Ottawa youth interviewed for the “It’s Different For Us” project. Photo by Faisa Omer.

“When it comes to my photography I like to kind of capture the subject while they’re telling their story,” she says. “Then I take the photo so their eyes convey their emotions at that moment and how they’re feeling about the story they’re telling.”

Like Omer, Ibrahim also notes these communities are facing “a whole other pandemic.”

“It’s a high population of vulnerable communities, low-income families, marginalized communities,” says Ibrahim. “These are the families and youth that we work directly with and the communities that they’re from are the hardest hit for sure.”

She says youth are often an “easy target” for blame during the spread of the pandemic while there is no evidence to back this up.

She also says these youths in the photo project shared feelings of anxiety for the future as they don’t know what to expect in a pandemic.

“They’re really struggling because of the province-wide restrictions and the services and supports that they typically access are no longer there or are quite limited,” says Ibrahim. “They’re just trying to navigate this new reality but with the right services and support hopefully this project can help guide the discussion for what’s next.”

Here are Urge Ibrahim and Faisa Omer speaking with CHUO: